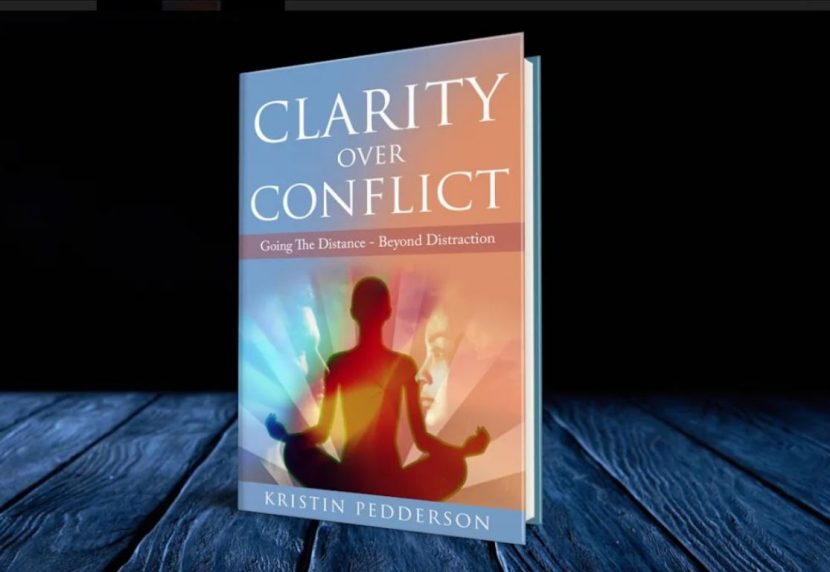 Kristin brings her love for writing to a new audience through inspirational books.

“Clarity Over Conflict” (Going the Distance Beyond Distraction) is now available in eBook and paperback format at most major retailers.

“Clarity Over Conflict” (Going the Distance Beyond Distraction) is Kristin Pedderson’s third book available now at most major retailers. The new book is Kristin’s inspirational expression of regaining clarity and focus through difficult situations.

“Clarity Over Conflict” articulates the importance of becoming a better communicator at home, at work and in all personal relationships.

Kristin states: “We are bombarded with stimulus every day and people can get pretty stressed out.”

In “Clarity Over Conflict”, the Author expresses the importance of focused communication along with deep listening skills to eliminate conflict and increase clarity. The result being better relationships with more life satisfaction and daily peace.

Kristin goes on to say; “Most people tend to shoot from the hip when they are in conflict and at these times people may experience even more trouble and confusion.”

In “Clarity Over Conflict” Kristin Pedderson explores the idea of facing issues head on, without being passive. The Author expresses a level of communication that when implemented on a regular basis, can and will inspire more clarity in one’s personal life, along with improved relations.

“Clarity Over Conflict” is Kristin Peddersons third book. Her second book; “11 Sure Fire Ways To Live Large (In A World That Makes You Feel Small)” was released November 2019. “Living Fearless (Bright Ways To Become Peaceful)” was released in 2015.

Kristin is also the owner and CEO of Big Fuss Records LLC and has a new album titled; “One World Rendezvous” that was released in January 2020. The new full set of songs, from “Miss Kristin” can be found on Spotify, Apple Music as well as other streaming sites such as Amazon Music.

Read a snippet of “Clarity Over Conflict” and learn more by visiting: HERE

← Do What You Love Every Day One World Rendezvous Vol I →